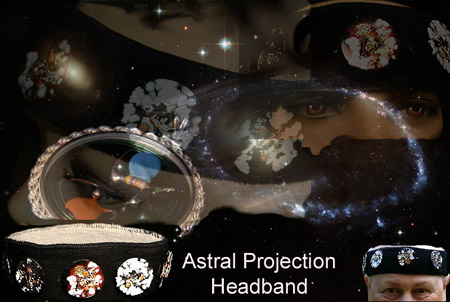 After two years of Research & Development toward producing an Astral Projection Device, I had all but given up. What I wanted was essentially a "Bic Pen" of Astral Travel, which meant to me that it worked first time, every time, without fail.

Then the "Big Duh" hit me. Why bloody invent it, when I could simply go to a Parallel World where I had already made one of the things, where it already commonly existed, study it, copy the formulaic structure and electronic circuitry, and make it here in HomeWorld. And that's exactly what I did, last night. I have one at my desk at this writing.

Using the Prometheus Effect, I traveled into a Parallel World where Beta Blockers are part of daily life, and I had already made Astral Projection Beta Blocker Devices. I located, studied and brought back with me an exact duplicate of the device I had made and used in that universe. 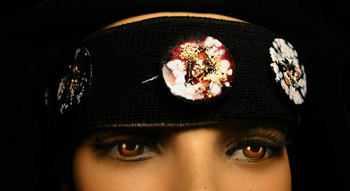 What I brought back is called the Astral Projection Headband. It's a simple device, something on the order of a Zippo lighter, in the sense that it has very few "moving parts", they are Beta-Blocker type devices mounted in series across a headband at precise distances from one another, and they are virtually foolproof, self-repairing and never need battery power or recharging.

Does The Astral Projection Headband work "First Time Every Time"? I think so -- at least the one I made did. If it doesn't work for you, I'll refund your money (less postage), no questions asked.

I'll be trying The Astral Projection Headband out with students this coming weekend at the Memorial Day Weekend Workshop. The results, good or bad, will be published.

The Astral Projection Headband is worn while resting in the "corpse" position, body prone on the back, preferably on a yoga mat or futon.

You merely put the Astral Projection CD into your CD player, place the earbuds in your ears or headphones on the head over the headband, or you can play the induction through speakers. Click "PLAY", and off you go!

You may find that after a few times you no longer need the Induction CD. It's quite all right to go without it! 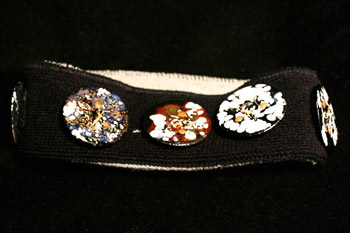 The device takes anywhere from 1 minute to 20 minutes to take hold, then you're Out of Body and in Total Control of the OOBE (Out of Body Experience).

It seems to operate perfectly on absolutely anyone, even those who profess that they've never had an Out of Body Experience before, and didn't think it would work on them, but it did. I'll be posting their experience reports on the website in a few days.

The Astral Projection Headband allows full memory of the voyage. It's not like dreaming, it's Direct Soul Projection, so you're wide awake throughout the Out of Body Experience.

The Astral Voyage does not seem dependent on like-kind matches, which means that you should be able to visit worlds in which the Astral Projection Headband does not yet exist -- I did that successfully, and I believe anyone can do the same.

My second experiments were along the lines of "Can I Go Where No Astral Projection Headband Has Gone Before", meaning -- can I travel into worlds where there are no correspondings? The answer is definitely "yes". 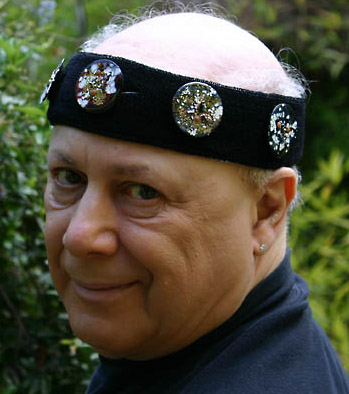 My third experiment was "Can Anyone Besides Me Use This Thing???" The answer is, yes, absolutely. So far, six people have successfully achieved Out of Body Experiences using the Astral Projection Headband. That doesn't actually constitute a large sampling of the population, but it gives me the impression that it should work for most, if not all.

I mounted the devices on a stretchy, rather expensive headband, one size fits most, and I would be loathe to put them on a cheapo headband for two reasons...one, the cheaper headband would not, in the long run, last very long, and in the end, it'd end up more expensive and, two, it should be something you treasure and respect.

The device uses five carefully mounted and spaced Frequency-Matched Beta-Blocker Devices which are detachable when cleaning the high-quality headband.

You simply place the headband around your head as you would any headband, above the ears and across the forehead, then merely lie down on your back, and wait anywhere from a minute to just shy of half an hour, and it takes you there. No sweat, no strain, no complicated exercises or formula. It just plain does itself.

What a breakthrough! I can't wait to hear about your experiences Out of Body!