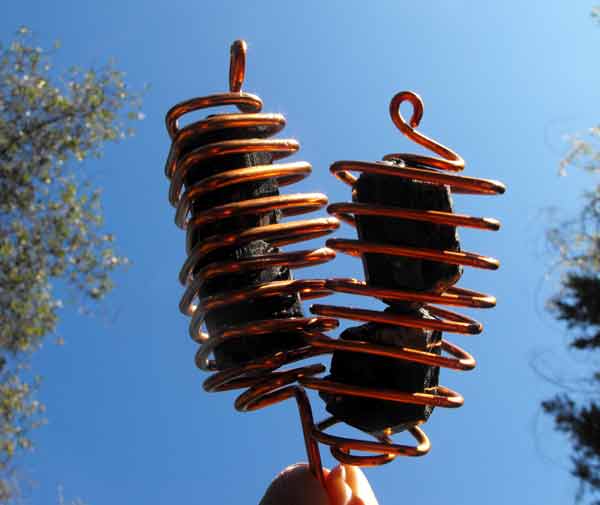 Black Tourmaline Controllers for use with the Beacon

for use with the Beacon

Black Tourmaline Controllers for use with the Beacon.

From the Blog on DIFFUSION

If, after you've done some Beacon work, you feel a bit scattered, diffused and vulnerable, you might want to try equipping yourself with some of my protective battle gear.

When exploring other dimensions, there are always dangers -- entities both unconscious and malevolent are waiting to eat the unsuspecting traveler, just as you'd expect to find when traveling on Earth in foreign lands and big cities.

To them, we're rubes, potential victims with no idea that we are targets for their hatred, lust, nastiness and sheer desire to dominate.

In addition, there are subtle dangers...the biggest danger of all is not violence or malevolent spirits. They're the least of your worries. The biggest threat Out There is seduction.

It's sometimes hard to turn away from seduction, even though you know better. Every seduction leads to disappointment, because there's never ever really anything behind it.

1. A set of Black Tourmaline Controllers. The Black Tourmaline is THE classic defense against psychic attack and has long been known for its protective qualities. It was used in ancient times for exactly this purpose.

2. A Black Diode Amulet. This will prove, I believe, to become the classic method of psychic self-defense for all Beta-Blocker users in decades to come.