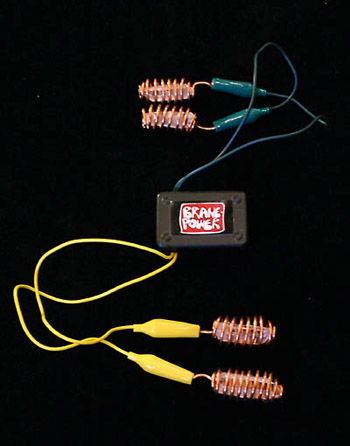 The Tantric Box works to connect the essential selves of two practicing tantrics. It serves much as a telephone line or a computer bus. It neither encodes or decodes; encrypts or decrypts. It is as a transmitter. We have not received any personal reports on the work of couples but they have recommended the box to their friends. Reporting may be a personal area for folks but we take the recommendations as a good sign.

The tantric box can be use by groups working together to achieve a specific aim such as a drumming, chanting, prayer circle ....

Using the Tantric Box Beta-Blocker, the Deep Delta State can be achieved in just a few moments, eliminating the months and years of training normally required to achieve the Deep Delta.

Deep Delta IV, the Blackout Stage which forms a curtain, a Cloud of Unknowing, between states of consciousness, can be penetrated through conscious passage between the Delta States. This is easily achieved by the use of the Tantric Box Beta-Blocker when properly applied and when it is used with the guidance of the Tantric Star Induction.

Each partner holds the crystal controllers of the Tantric Box, while at the same time looking into each other's eyes.

Have a Tantric Box Date with your favorite boyfriend or girlfriend and experience the thrill of many lifetimes!